Dr. Ignacio, selected as a Top Doctor and Best Doctor in Honolulu Magazine and Pacific Business News every year for over a decade, was born in the Philippines, and immigrated to Honolulu as a young girl.  She graduated from ‘Iolani School, and represented Hawai‘i in the America’s Young Woman of the Year scholarship competition, where she received the national award for academic distinction.  She was a National Merit Scholar, and she pursued her undergraduate training at Georgetown University in Washington DC, where she earned her B.S. degree in biology.  She continued at Georgetown for medical school, and earned her doctorate in medicine.

Subsequently, she did her orthopedic surgery residency at Georgetown, where she was the first woman accepted to the residency program in over 15 years, and only the third female accepted in its 50-year history.  She is proud to be a woman orthopedic surgeon, since 94% of the world’s orthopedists are male, and throughout her career, she has had the joy and privilege of taking care of world-renowned professional athletes, medaled Olympians and Paralympians, world and national champions, and NCAA Division 1 athletes.   During her residency, she assisted in laboratory research at the National Institutes of Health, and in her chief year, she was awarded by the Washington DC Orthopedic Society for her work in cartilage research.  She was also honored with an award for excellence in teaching, given by the Georgetown medical students.  While in DC, Dr. Ignacio was also thrilled to participate in the care of the Georgetown Hoyas, as well as the Washington Redskins.

Upon graduating from residency, Dr. Ignacio moved to the west coast, for fellowship training in sports medicine, and arthroscopic and reconstructive surgery at the Southern California Center for Sports Medicine in Los Angeles, CA.  She was the first female in the fellowship’s history and upon completion of her fellowship, she was then invited to stay on and join the practice, and became the first female faculty member of the fellowship.  As faculty, she enjoyed lecturing and training other orthopedic surgeons on recent updated techniques on arthroscopic and reconstructive surgery.

While practicing in Long Beach, she served as the Team Physician for the Cal State Long Beach women’s and men’s volleyball teams, men’s and women’s basketball teams, and women’s soccer team, and served as a Medical Consultant for the Cal State Long Beach Athletic Department.  She also served as a Team Physician for the Long Beach Ice Dogs professional hockey team, the farm team for the Montreal Canadians.  Dr. Ignacio has published numerous articles and chapters in orthopedic literature.  She was also chosen as one of three female surgeons featured in a season-long television show on the Women’s Entertainment (WE) channel and Discovery network in 2005.

In addition to being an Assistant Professor of Surgery at the John A. Burns School of Medicine at the University of Hawai‘i, she also serves as Orthopedic Consultant and Team Physician for the University of Hawai‘i Department of Athletics, and has done so since 2006.   She was the co-Founder and Surgical Director of the Queen’s Medical Center Sports Medicine Program.  She served as president of the Hawai‘i Orthopedic Association.  She is the only surgeon in Hawaii to be chosen as a Master Instructor at the prestigious international Masters Course in arthroscopy, for the American Academy of Orthopedic Surgeons and the Arthroscopy Association of North America.  She was humbled to be selected as the 2013 Woman of Distinction by the Girl Scouts of Hawai’i.  She’s been invited numerous times as a speaker for the Hawaii’s Wahine Forum, and she is also an Omidyar Leadership Fellow.   She’s been selected by her peers annually for over a decade as a Top Doctor and Best Doctor in Honolulu Magazine and Pacific Business News, and was recognized as a Top Regional Doctor and awarded the Exceptional Women in Medicine by Castle Connolly every year since 2018.  She also is a Mindset and Well-Being Coach, believing that the pinnacle of healthcare is the idea of Cura Personalis – care for the whole person, in mind, body and spirit.

Community service and faith is also very important to Dr. Ignacio.  She serves as a Director on the Board of the Blood Bank of Hawai’i, and she has served as a Director on the Board of the Aloha Medical Mission, and twice was a featured concert pianist for AMM’s fundraiser concerts, and was the co-Lead with the Broadway Babies in the Aloha on a Mission musical revue. She also served as a Director on the Hawaii Community Leadership Board for the American Diabetes Association, and on the Boards for the Make-A-Wish organization, Positive Coaching Alliance Hawaii, the Women’s Fund of Hawai’i, ‘Iolani Alumni Association, and HUGS (Help, Understanding, and Group Support for seriously ill and terminally ill children), and was also a Director on the board of Ahahui Koa Anuenue (AKA) for UH Athletics, and served on its executive committee. She served on the Stewardship Committee for Central Union Church, was a Scholarship Ambassador for the Hawaii Community Foundation, and was the chair of two record-breaking galas for HUGS. She also has been an invited speaker for numerous community events. She has also volunteered with Waianae Cares to provide free preparticipation physical exams for students. She also was a founding organizer for the OCEAN (fighting Obesity in Children through Education, Activity, and Nutrition) Healthfest with Michael Bennett, NFL Super Bowl champion and 3-time ProBowl athlete, and served on the board of the Michael Bennett Foundation. Dr. Ignacio has always believed that serving others makes us all better. 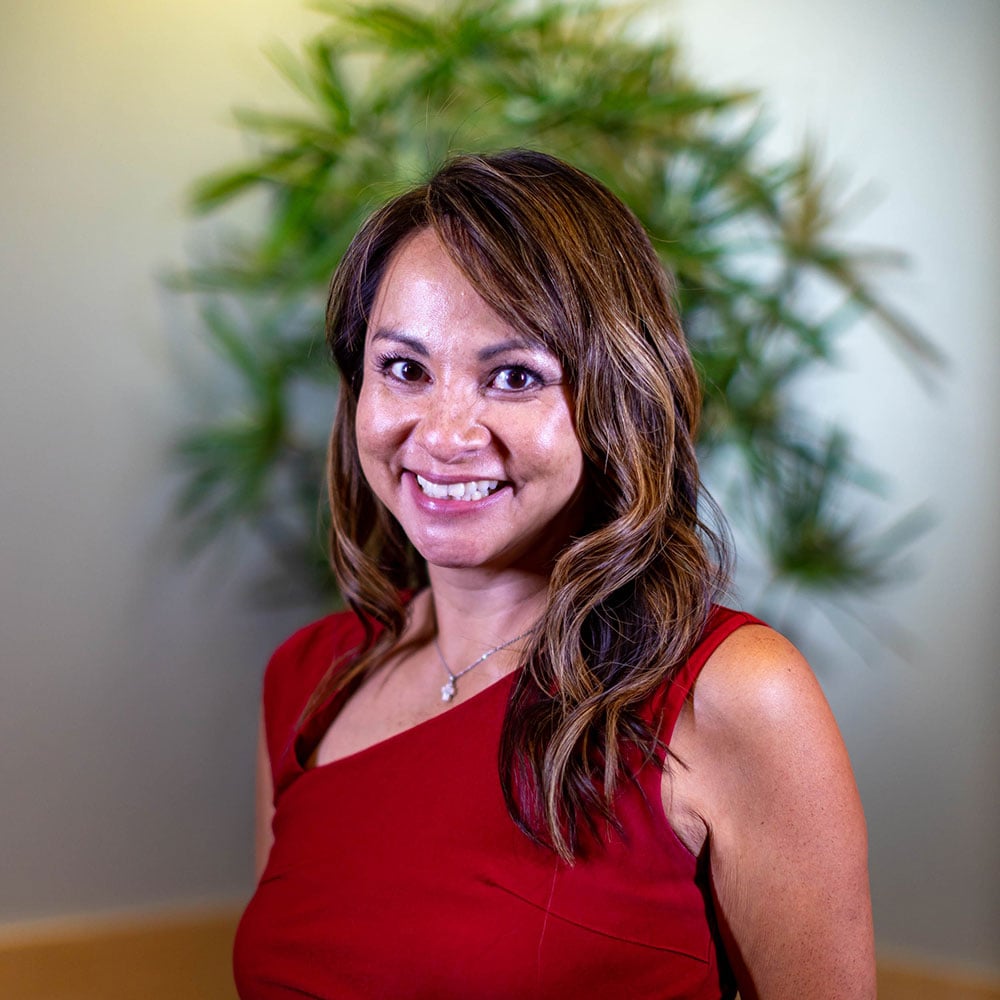 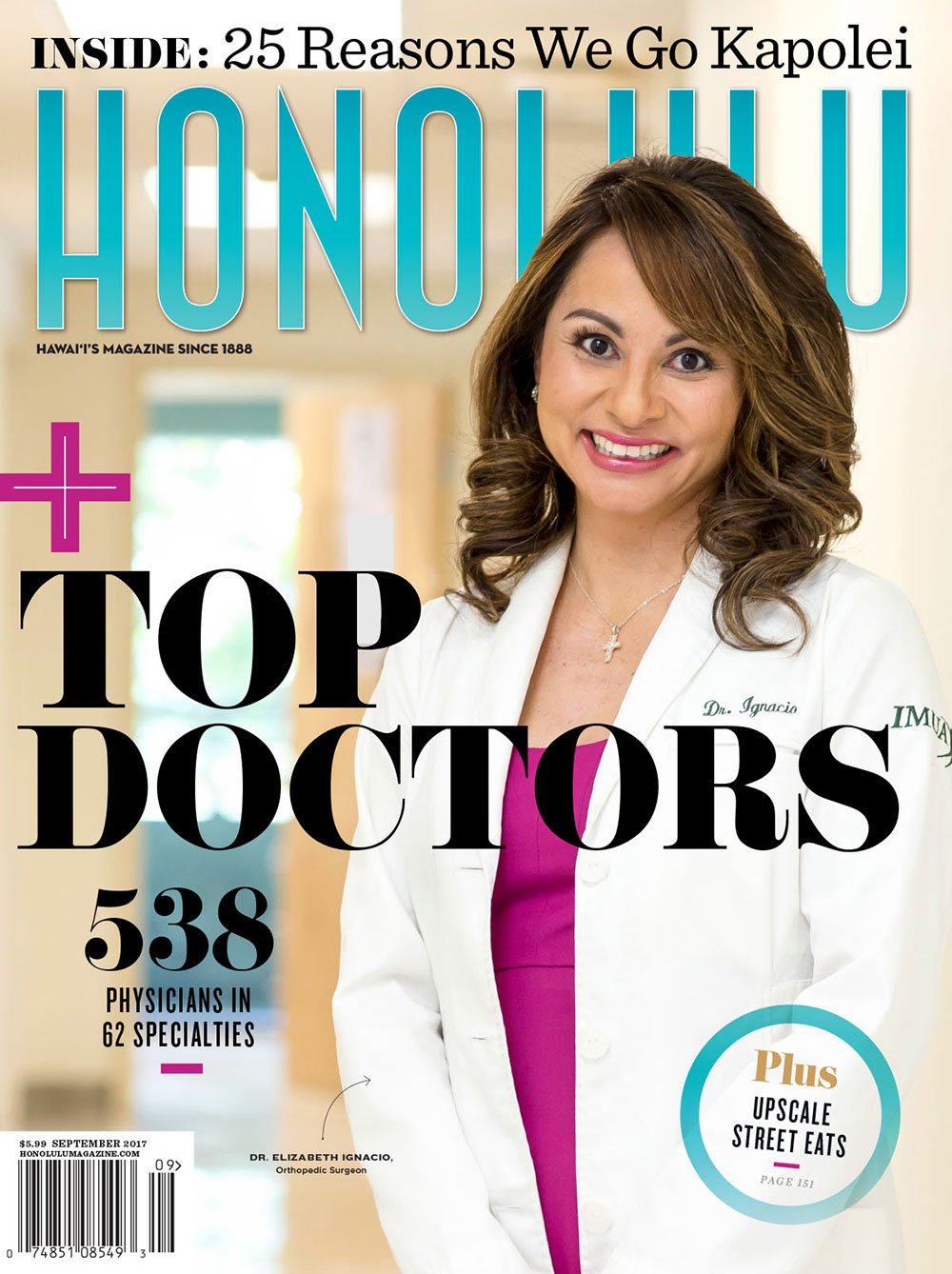 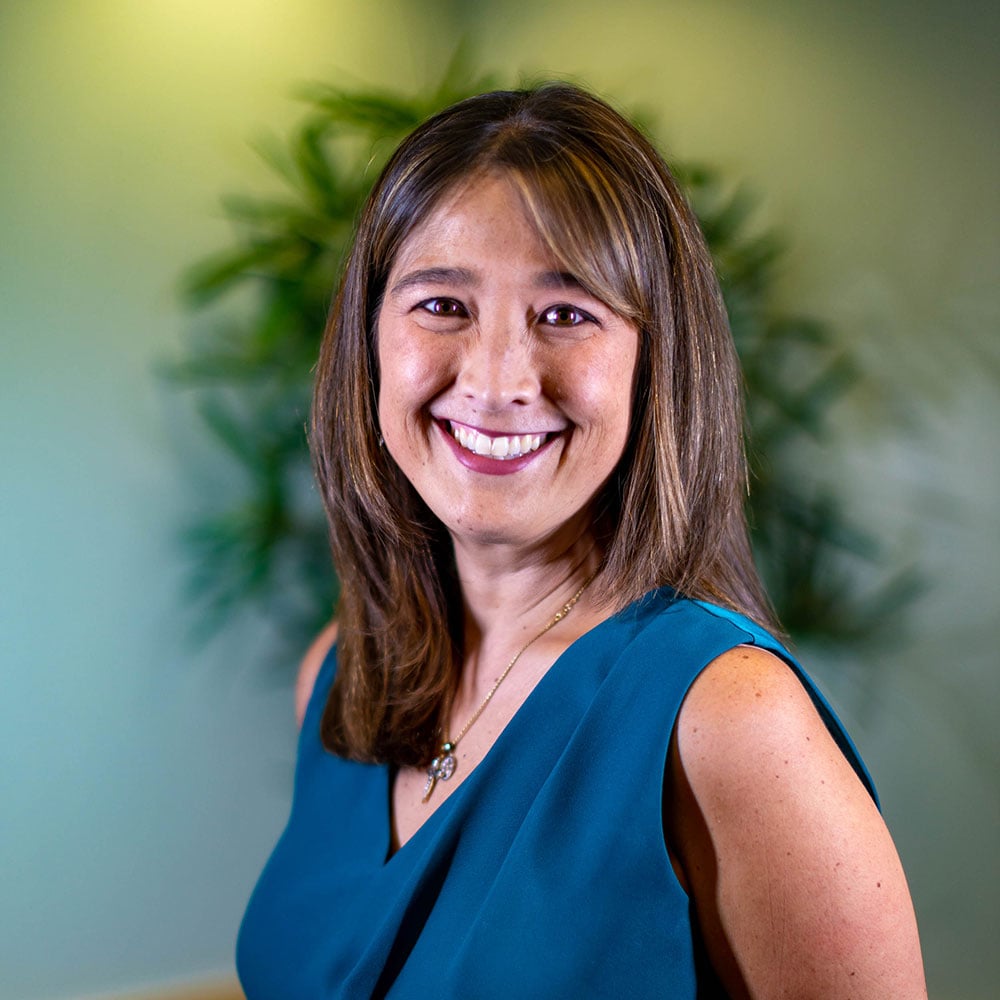 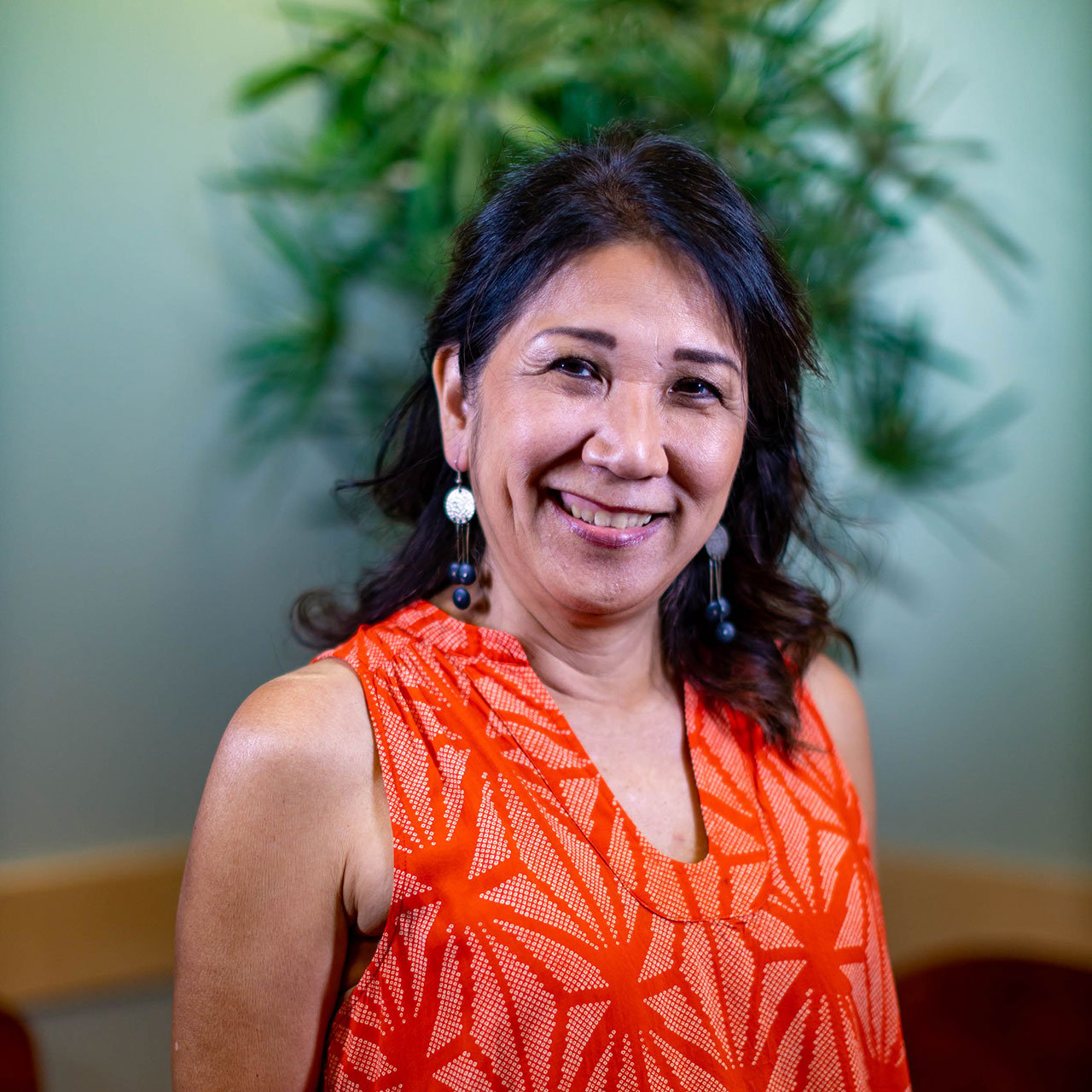 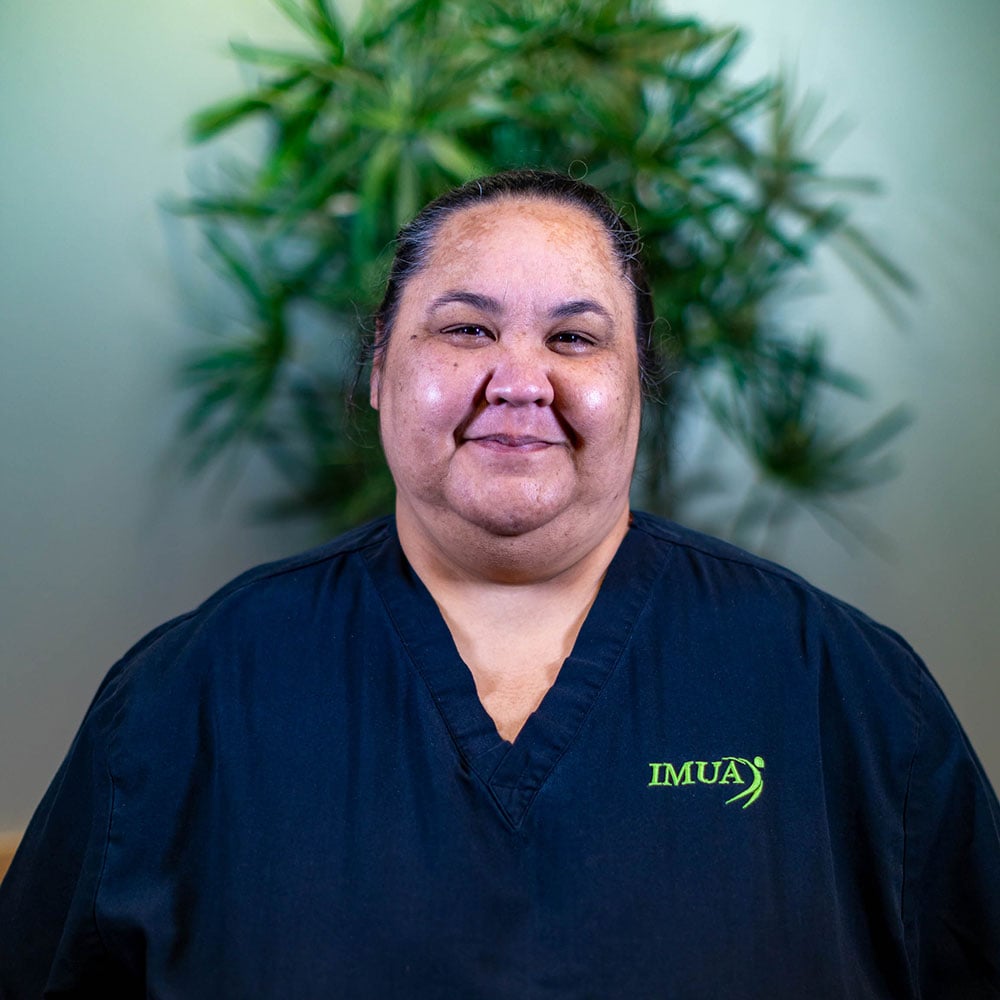 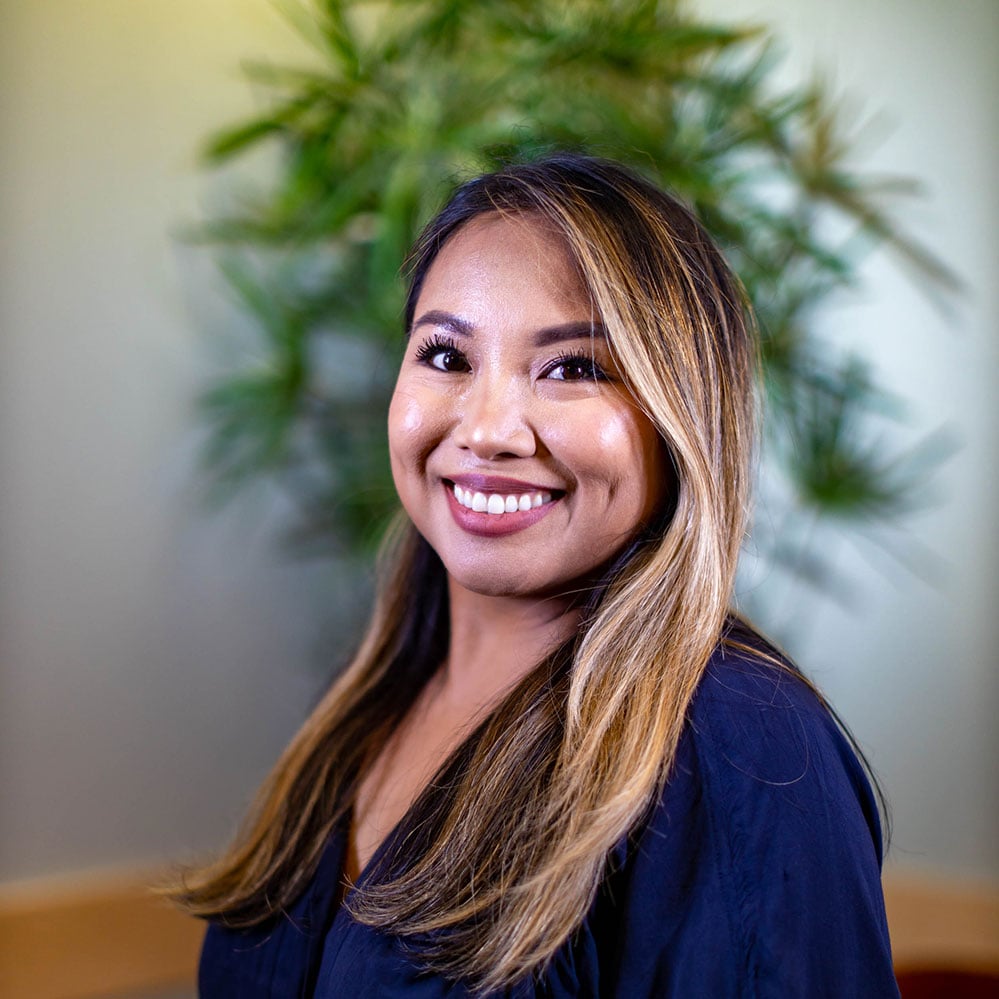